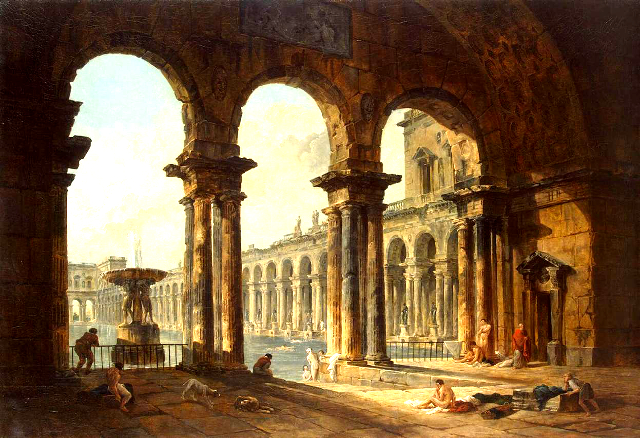 The document bathroom history dates back as far as 3000 BC. The last major development took place in the early 20th century. People have advanced from simply doing their business outside, to the private place we know as a bathroom.

Bathroom history since it was documented:

The first records for the use of baths date back to about 3000 B.C. During this time, water had a strong religious value. It was seen as a purifying element for both the body and soul. It was not uncommon for people to be required to wash (“cleanse”) themselves before entering a sacred building such as a temple. Baths are recorded as part of a village or town life throughout this period. A split between steam baths in Europe and America and cold baths in Asia. Communal baths or bath-houses were built in a separate area to the housing of a village. The myth that the bath prevented evil spirits from entering the domestic housing of a community.

Not all ancient baths were in the style of the large pools that often come to mind when you imagine the sheer size of the Roman baths. The earliest surviving bathtub dates back as far as 1700 B.C and it comes from the Palace of Knossos in Crete. The tub is not only the similar to the baths of today, but the plumbing works surrounding it is also so similar to modern models.

The Greeks and the Romans recognized the value of bathing as an important part of their lifestyles. Palaces have been uncovered throughout Greece with areas that are dedicated to bathing which housed spaces with ceramic bathtubs and a sophisticated draining system.

The Roman attitudes towards bathing are well documented. They built large purpose-built thermal baths. This marked an important social development and the fact that they were also providing the public with a source of relaxation and rejuvenation. During this period there was a distinction between private and public baths. Many wealthy families had their own thermal baths in their houses. They still made use of the public baths to showing the value and importance these structures had as a public building.

During the Middle Ages, at the beginning of soap production, bathing was definitely not uncommon. After the Renaissance period, bathing declined because water was feared as a carrier of disease. During that time, sweat baths and heavy perfumes were preferred.

Throughout the 16th, 17th, and 18th centuries, the use of public baths declined steadily in the western part of the world. Private bathing spaces were favored by most citizens and so it laid the foundations for modern bathrooms. Since the 20th century, there were almost no communal bathing facilities left. In Japan shared bathing in spas or hot springs still exists.

Bathroom options for the disabled